This article describes the steps to integrate Sophos Firewall with Active Directory (AD) for users authentication and access control.

The following sections are covered:

Applies to the following Sophos products and versions 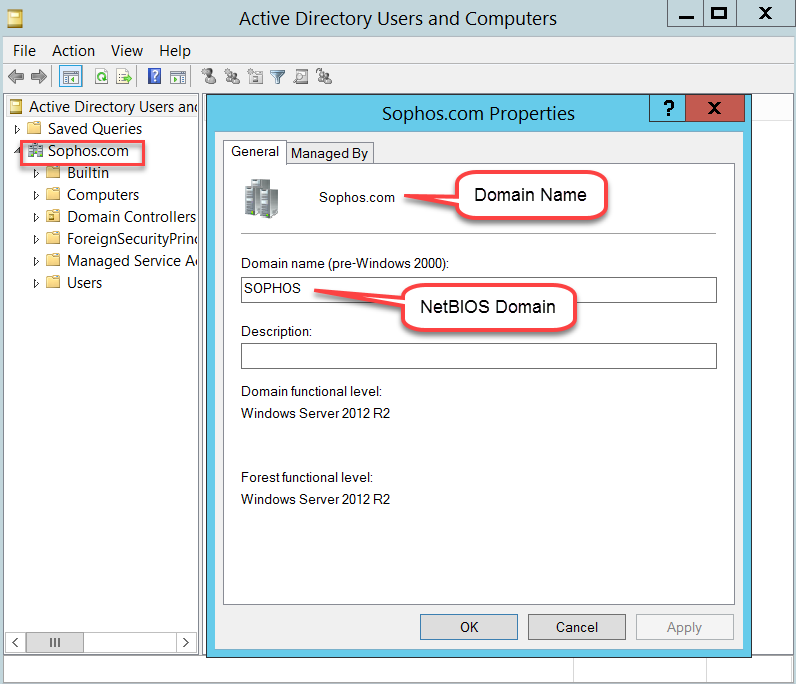 Go to Authentication > Servers and click Add to configure the Active Directory. 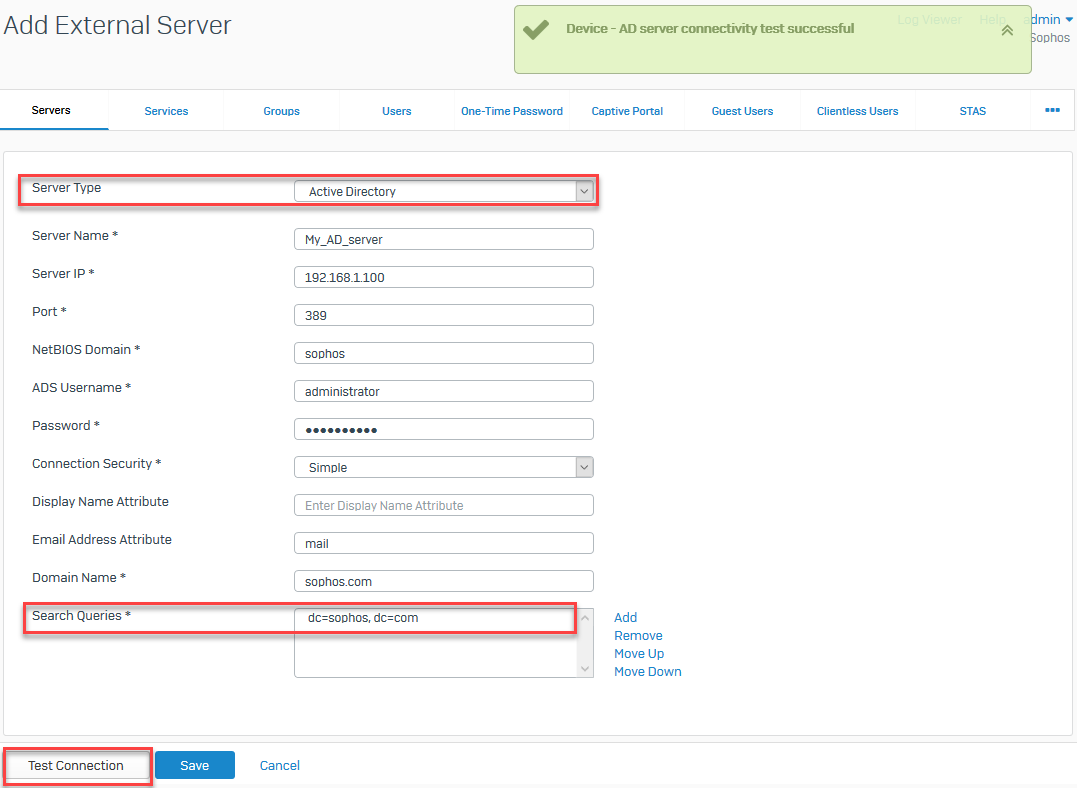 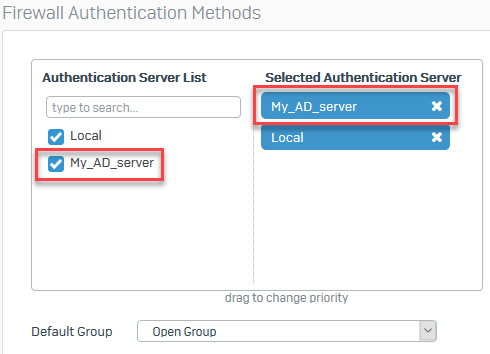 Local server is selected as primary by default. Make sure that the recently added AD server is the first in the Selected Authentication Server list.

You can import AD groups in Sophos Firewall using the Import Group Wizard Help. Refer to Sophos Firewall: How to import Active Directory OUs and groups for detailed instructions.

⦁    If the Active Directory is down, the authentication request returns a 'Wrong username/password' message.

⦁    When multiple AD servers are configured, XG performs a validation against the AD servers in the order configured in the GUI. Please pay attention to the order in the GUI and the trust relationship amongst the ADs.

I
ITCG is the author of this solution article.

Did you find it helpful? Yes No

Send feedback
Sorry we couldn't be helpful. Help us improve this article with your feedback.